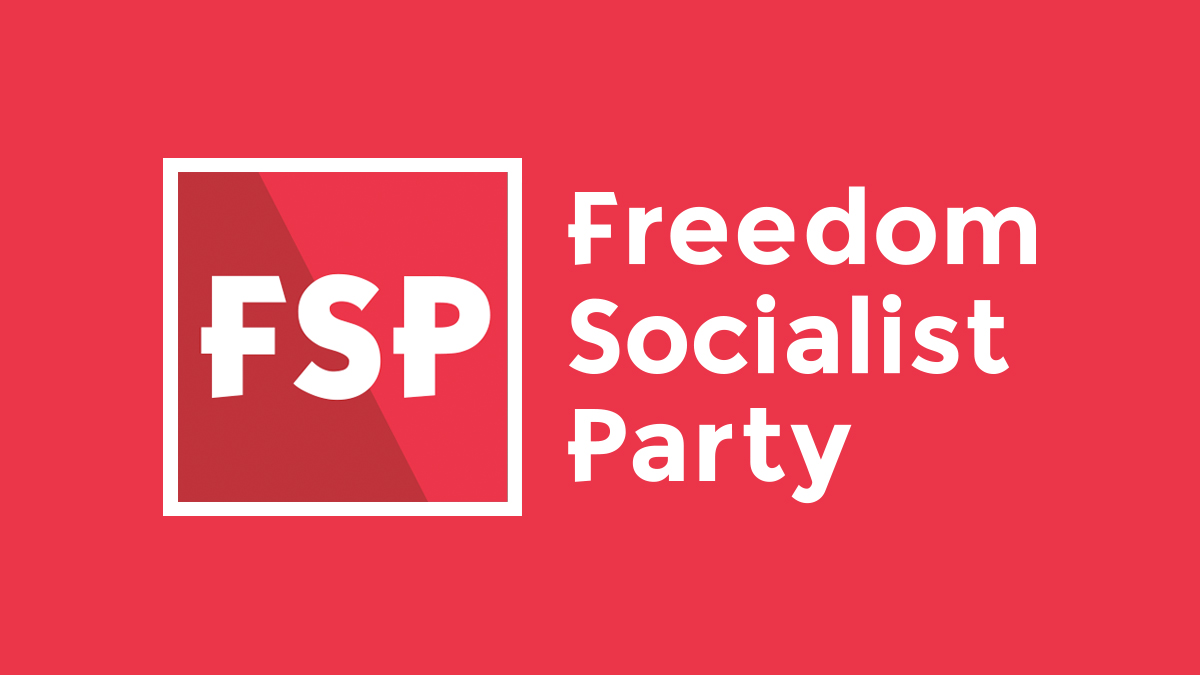 his statement is reposted from the Freedom Socialist Party website.

The Freedom Socialist Party (FSP) strongly condemns the recent violent, illegal, and racist FBI raids on the offices and homes of the African People’s Socialist Party (APSP) and the Uhuru Movement. We stand in solidarity with the activists and organizations targeted by this domestic spying entity, whose job it is to squelch dissent and resistance to the status quo.

The FSP has profound differences with the APSP, but these government raids are an indefensible, politically motivated witch hunt. They are part of an increasing assault on civil liberties in a time of growing hardship for the working-class majority, escalating clashes between rich and poor, and rising injustice, especially against those who are Black, female, or LGBTQ+.

On July 29 at 5:00 a.m., the FBI stormed the home of Omali Yeshitela, Chairman of the APSP in St. Louis, Missouri. Yeshitela stated that the agents deployed flashbang grenades, carried automatic weapons, damaged the property of his neighbors, and handcuffed himself and his wife. Agents refused to show him a search warrant and absconded with cellphones and other devices from his home.

The assault on Yeshitela’s residence was part of a coordinated onslaught against locations affiliated with the APSP across the country. That same day, the FBI invaded two sites of the APSP-led Uhuru Movement, the Uhuru Solidarity Center in St. Louis and the Uhuru House in St. Petersburg, Florida. The FBI also raided the APSP’s radio station, Black Power 96.3 FM, and reportedly detained a prominent APSP leader. The FBI’s flimsy excuse for its operation is that the APSP, by exercising its free speech rights about the war in Ukraine, was spreading “Russian propaganda.”

The government must not be allowed to get away with this attack on the APSP! If it is not called to account, it will be emboldened to go after other radicals as well as feminists, people of color, labor activists, and others who organize to stand up for their rights. We urge people to sign a petition developed by the United National AntiWar Coalition at unac.notowar.net/condemn-fbi-raids-on-african-peoples-socialist-party-and-uhuru-movement/.

And remember: Don’t talk to the FBI! If an agent approaches you, exercise your right to remain silent. This is the most important thing to do. The Fifth Amendment protects you whether you are a citizen or not, no matter your age, and whether or not you have been arrested or are in jail. To assert your rights is half the battle when facing down the FBI. The other half is to invite others to join in a loud, militant, public fight.

Solidarity is the strongest weapon to defend those targeted by the forces of government repression.