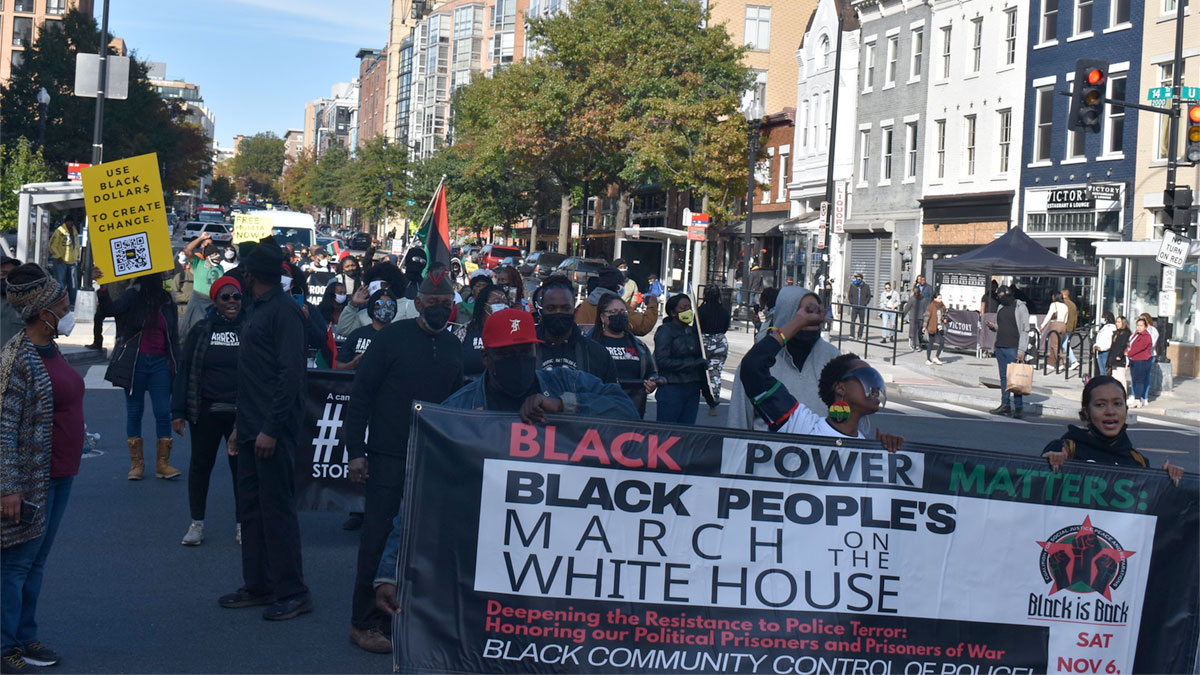 The Black is Back Coalition for Social Justice, Peace and Reparations stands in full solidarity with the African People’s Socialist Party and Uhuru Movement in the wake of the July 29, 2022 terroristic raids by the Federal Bureau of Investigation on several offices and residences of the APSP and Uhuru Movement in Florida and Missouri.

We recognize these raids as consistent with the historical attacks on the African Liberation Movement by the FBI and U.S. federal government going back at least 100 years with the movement led by Marcus Garvey and the Universal Negro Improvement Association and African Communities League and continuing through the decades to include attacks and charges made against Paul Robeson, W.E.B. Du- Bois and Dr. Martin Luther King Jr. in the 1950s.

We are fully aware of the counterintelligence program (COINTELPRO) initiated by the Federal Bureau of Investigation against the African Liberation Movement domestically that established as its goals:

“2. Prevent the RISE OF A “MESSIAH” who could unify and electrify the militant black nationalist movement. Malcolm X might have been such a “messiah;” he is the martyr of the movement today. Martin Luther King, Stokely Carmichael and Elijah Muhammed all aspire to this position. Elijah Muhammed is less of a threat because of his age. King could be a very real contender for this position should he abandon his supposed “obedience” to “white, liberal doctrines” (nonviolence) and embrace black nationalism. Carmichael has the necessary charisma to be a real threat in this way.

“3. Prevent VIOLENCE on the part of black nationalist groups. This is of primary importance and is, of course, a goal of our investigative activity; it should also be a goal of the Counterintelligence Program to pinpoint potential troublemakers and neutralize them before they exercise their potential for violence.

“4. Prevent militant black nationalist groups and leaders from gaining RESPECTABILITY, by discrediting them to three separate segments of the community. The goal of discrediting black nationalists must be handled tactically in three ways. You must discredit those groups and individuals to, first, the responsible Negro community. Second, they must be discredited to the white community, both the responsible community and to “liberals” who have vestiges of sympathy for militant black nationalist [sic] simply because they are Negroes. Third, these groups must be discredited in the eyes of Negro radicals, the followers of the movement. This last area requires entirely different tactics from the first two. Publicity about violent tendencies and radical statements merely enhances black nationalists to the last group; it adds “respectability” in a different way.

“5. A final goal should be to prevent the longrange GROWTH of militant black organizations, especially among youth. Specific tactics to prevent these groups from converting young people must be developed.”

We recognize that it was in line with the stated long range goals of the FBI that former head of the Federal Bureau of Investigation, J. Edgar Hoover, declared in 1969 that the Black Panther Party represented the greatest threat to the internal security of the U.S. since the U.S. Civil War.

It is this anti-black history of the FBI that informs our stance of solidarity with the African People’s Socialist Party, an organization that has dedicated its 50-year history to the liberation of African people globally from the clutches of colonial slavery, and our opposition to the July 29, 2022, FBI attack on the African People’s Socialist Party.

We support the demand: “Hands off Uhuru! Hands off Africa!” and call on Africans and all who unite with the right of the APSP and our people to advocate and organize for the total liberation and unification of Africa and the forcibly dispersed African nation globally.

Finally, the Black is Back Coalition for Social Justice, Peace and Reparations calls on all Africans and justice loving people to turn out in great numbers to make a strong public stand denouncing the July 29, 2022 attack on the African People’s Socialist Party and Uhuru Movement.

Take a stand to support the freedom of speech presumably conferred on African people within current U.S. borders by the constitutional rights that are said to be guaranteed to us following our formal emancipation from U.S. domestic colonial-slavery.

Hands off Uhuru!
Hands off Africa!
Black is Back!